The Dome Rock Pack: Bigger and better than ever!

I'm a slacker! I didn't get pictures of all the new pups in the pack. There were so many pups! It was sooooo much fun!

Of course, with each new member's arrival, the butt sniffing circle game occurred.

Pack members of high standing, such as Stella, Rain and Stumpy (notice they are all bitches) take the opportunity to approve or disapprove a membership.

New pack members include:
Fenway who was forcibly abducted from his home and forced to spend about 6 weeks in the wilds of Arizona. 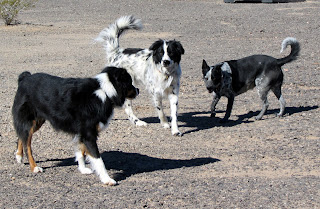 Fenway was given the once over by Rain and Zeke

Zeke, joined the pack this past summer, at the RTR held in the high Sierras 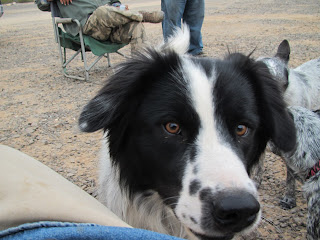 Arlo joined the pack and hails from dirtville. Stumpy and Arlo have know each other for a while. 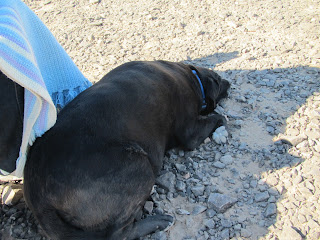 Candy is an awesome addition to the pack. We needed a sibe! 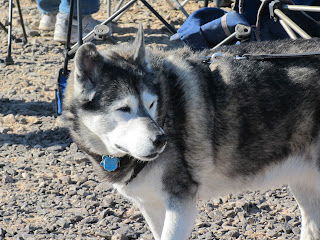 Cassidy was not very well socialized, but managed to get along with a couple of the other pack members 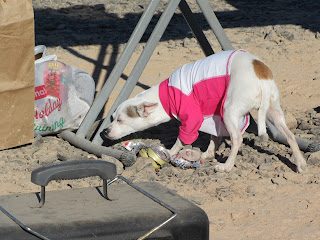 Cody, a working Brittany spaniel was welcomed into the pack after being initiated by Rain 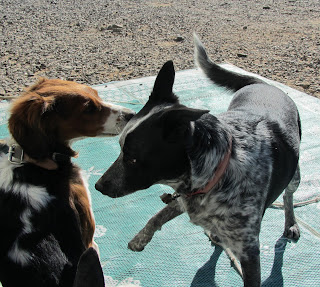 Louis, recently rescued from death row, could have been Rain's long lost twin brother. He arrived at the RTR scared and confused. It wasn't long before he came out of his shell. Sooooo awesome to watch him bloom among the other dogs and dog-loving people. 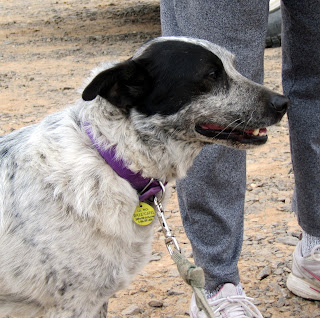 Savannah also joined the pack over the summer. 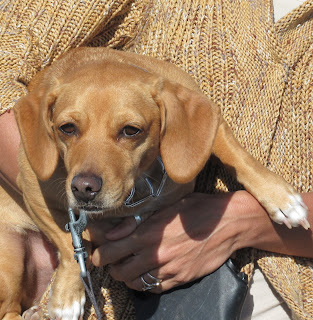 Thorn gained acceptance after Fenway checked him out 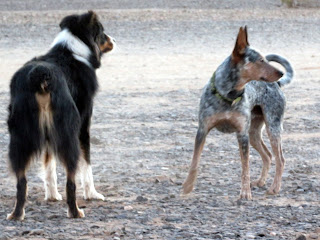 Layla was a great addition to the pack! Full of fun and GO! GO! GO! She cracked us up by escaping her owner's tent every morning (no matter what he did to prevent her escape) and joining us for coffee. 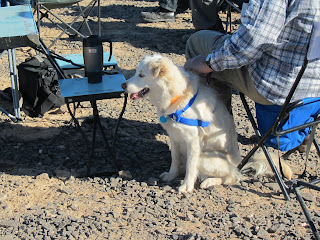 Mutt, the Wander Dog is an Original returning member. Mutt was present at the pre RTR meeting in the fall of 2010. 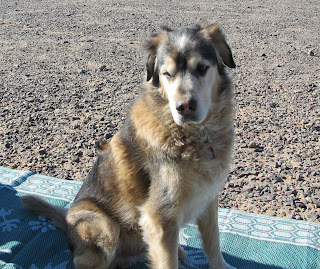 Sari made the scene! 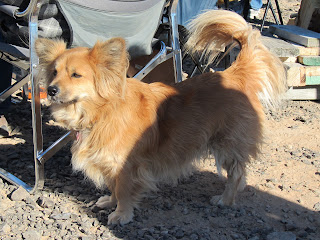 Katie, a beautiful girl of unknown origin, was quite a bit of fun. She's the kind of girl that was willing to take on any of those bitches who thought they were in charge! 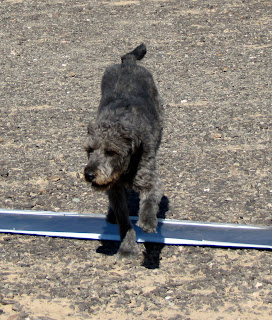 Snickers arrived late also. she's a friend of Stumpy's from dirtville, too. 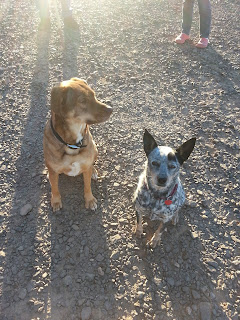 I'm sorry to say I didn't get pictures of Bruce the Bulldog; Squid, a chihuahua puppy or Riley, a sheltie who's partner blogs at Travels with Riley.

Since I arrived late to the RTR, this year I am sure I missed a number of other new pack members. Nobody is sorrier about that than me.
Posted by Cyndi and Stumpy at 6:24 AM

What a pawsome pack! and GREAT job innitiating Louis into the joys of a life with pack and peeps! We're loving your updates, Stumpy!

What a great time that would be with all those playmates! (sorta looks a bit like our house - ha ha ha ha!!)

Bart, Ruby and Otto...there's no way to describe how much fun it is having that many dogs together and getting along, so well.

Khyra, Layla is half sibe, too. so we're up to a sibe and a half. There'salways room for more sibes, if you can make it out Stumpy will guarentee you a place in the pack.

so fun to be back together

Stop on by for a visit
Kari
http://dogisgodinreverse.com

How fun! I SO wish Riley got along well with other dogs, but alas, she's too picky. It would be so fun to travel the country in an RV with her and meet all kinds of other dogs. What a great looking group of pups! Have fun! And we bet Stumpy's friend Riley is quite a guy! ;)

Wyatt, every year its a non stop 24/7, four on the floor party! So much fun,as much for the humans as the dogs.

Kari, I think Stumpy looks forward to it as much as Ido!

Elyse, you would be surprised at how many of the pups begin the RTR rather unsocial, but by the end have adjusted, built confidence and truly enjoyed themselves. Especially the ACDs!