But, a friend was having a BBQ and offered to throw Stumpy a party at the same time. I baked her a cake to take the BBQ. She'd REALLY rather NOT share it. 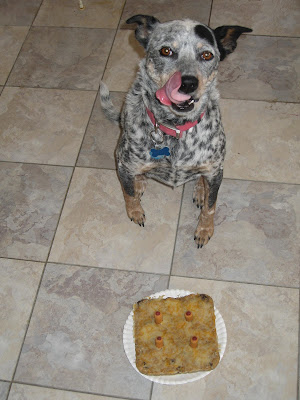 Baby was there. Her birthday is Tuesday. Baby doesn't like Stumpy. 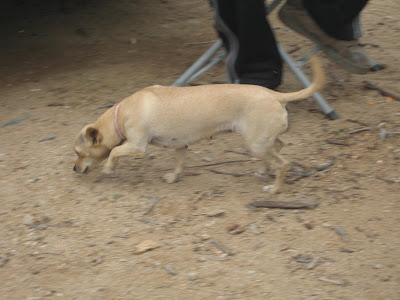 Vera, the mule, was there. Vera doesn't like Stumpy, either. 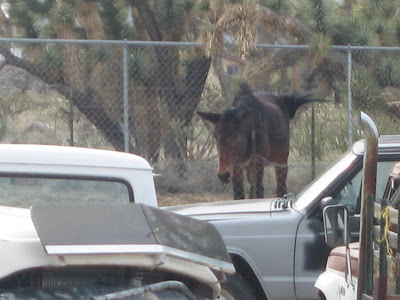 Blanket was there. Blanket puts up with Stumpy because I carry cookies and treats. 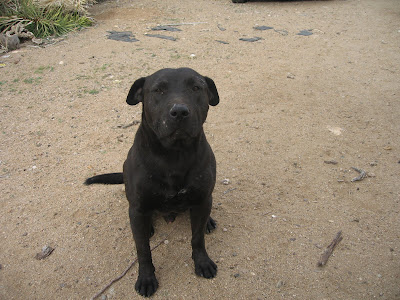 When the treats are gone he heads in the other direction and hides for the duration of our visit. 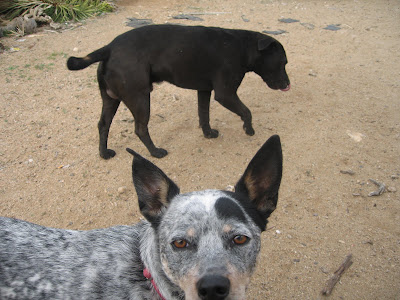 There was an ancient turtle there, too. 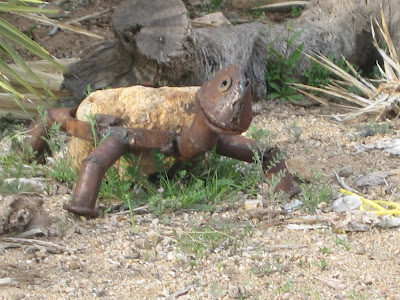 I was going to replace the singing and dub the birthday song in, but it was too funny so You might want to mute your sound. Let me just say none of the guests cooperated with the photographer. While I was otherwise occupied the Stumpy dug in. Back to etiquette school with her!

While the other dogs ate their cake, Stumpy, the guest of honor had to pose for pictures. She was not happy! I believe she is cursing me out, yet again! 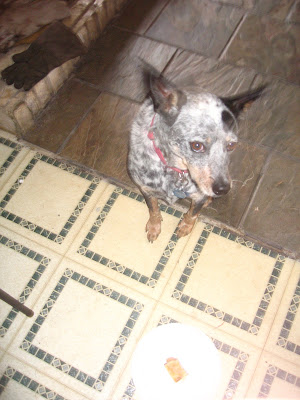 Stumpy sucks up to young Katy, hoping for another piece of birthday cake. 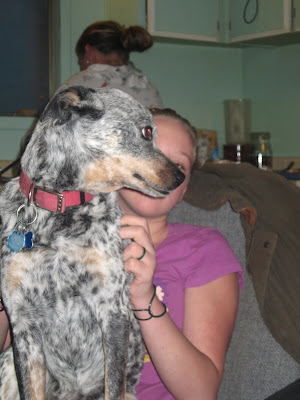 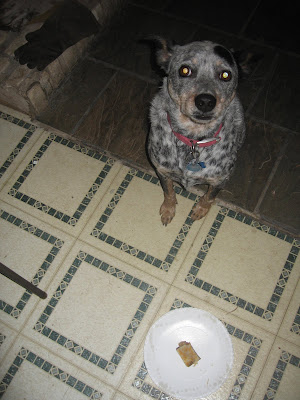 Posted by Cyndi and Stumpy at 4:49 AM

Happy Birthday Stumpy! Here we celebrate the three day birthday. The day before, the day and the day after. You will find if you do this, you get more goodies, more presents and maybe an extra party.

Cheers for a good new year!

NAK and The Residents of The Khottage said...

Hey, it's your birfday so woo khan DIG in whenever woo want!

Marge wouldn't have been able to wait for that cake, either. Go Stumpy! Happy Birthday!

Happy Birthday Stumpy. We are so sorry those other guessed didn't play nice with you.. You are lucky the humans were there for a few pats..
Hope you had a wonderful day...

GJ, the cake was YUMMY! we saved some leftovers, come on by!

Khyra, hmmm... Stumpy thinks so, too! And, afterall, it was HER cake!

Sam, does Marge have SDS (starving dog syndrome) too?

Heelers, there's only a few dogs that can take Stumpy's rough play, so it's more like Stumpy is the one that doesn't play nice.

When you're the guest of honor you simply must have the first bite!

I found myself singing along and laughing. :)

LWD, Your singing HAD to have been an improvement! I still can't believe I made that noise public!